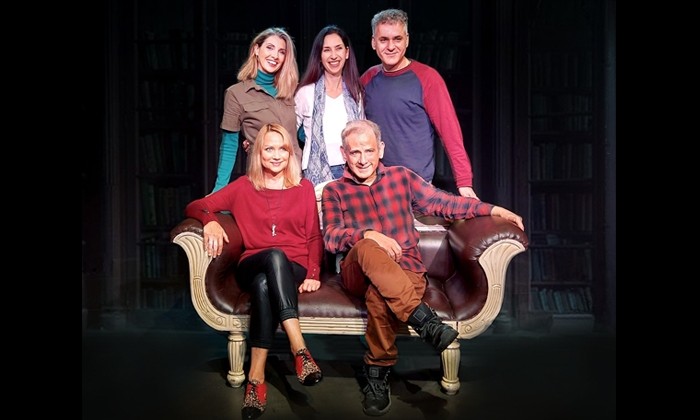 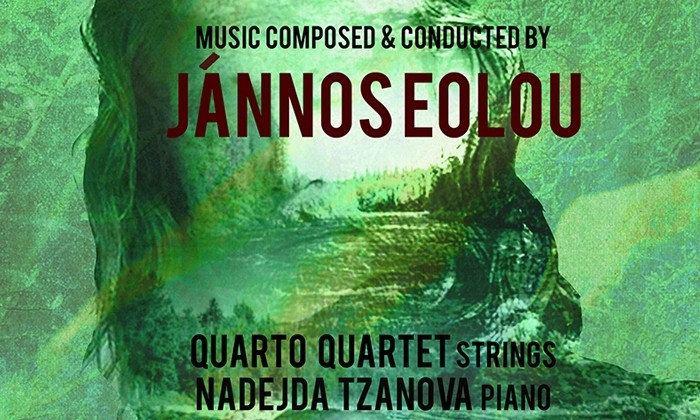 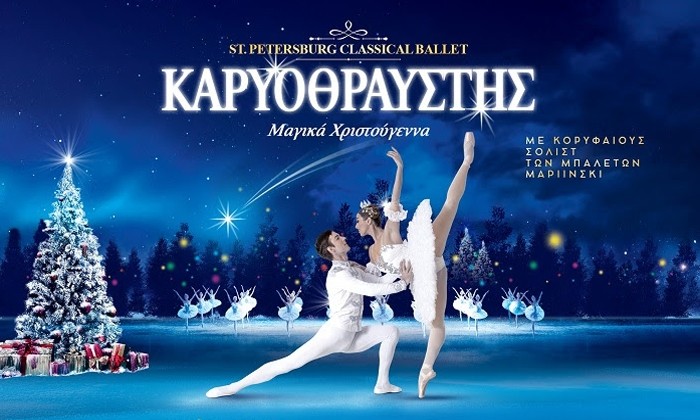 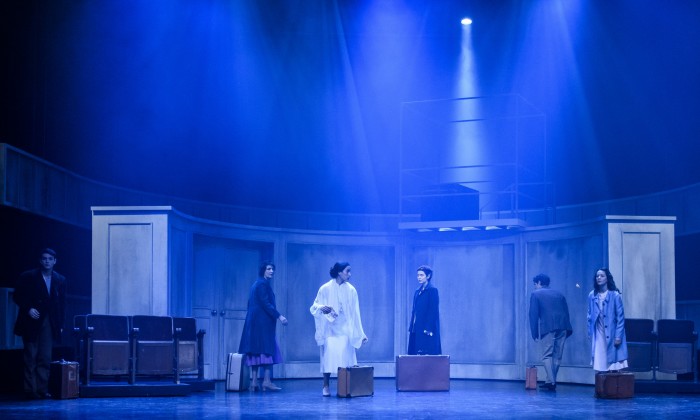 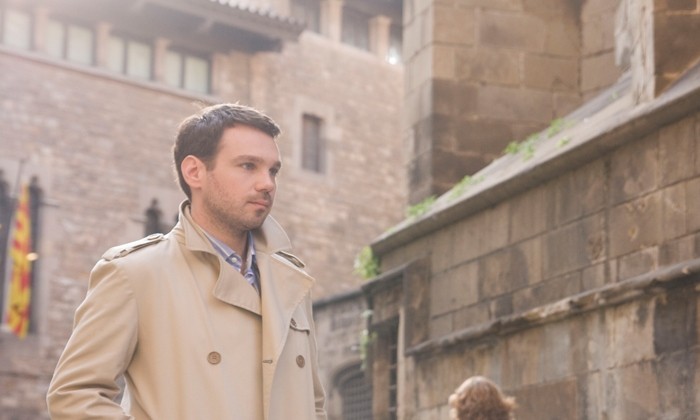 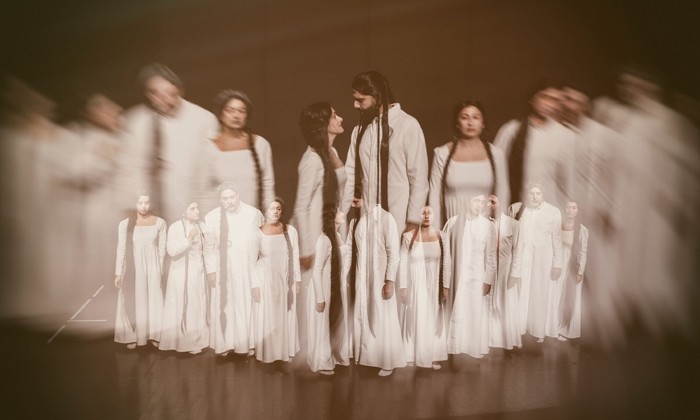 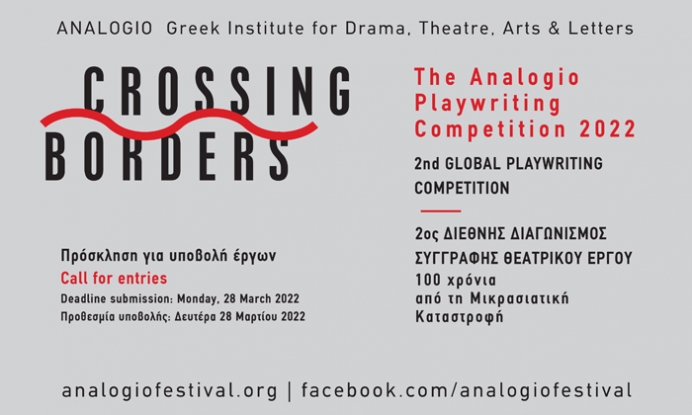 OPEN CALL FOR PLAY SUBMISSIONS. Deadline: Monday, 28 March 2022 at 23:59 - This email address is being protected from spambots. You need JavaScript enabled to view it.

Applicants are invited to write a play of approximately 45 minutes in length, on the subject of "Crossing borders".

The competition is open to any writer. Entries must be the original, unpublished work of the person or persons submitting them.

It is intended that the short-listed plays will have a staged reading at an open air venue under Acropole in Athens during the forthcoming 2022 edition of the International Analogio Festival (21-26 September 2022, Athens, Greece), when the winning plays will be announced.

It's open to emerging and established writers, and offers a unique opportunity for playwrights to have their drama play produced by the International Analogio Festival in Athens Greece. The prize includes publishing, recording / broadcast of the script globally.

The aftermaths population exchange between Greece and Turkey was based on religion rather than ethnicity and accounted for approximately 1,300,000 Orthodox Greeks of the Ottoman Empire relocating to Greece from Asia Minor, Eastern Thrace, the Pontic Alps and the Caucasus, all of them were forcibly made refugees and de jure denaturalized from their homelands.

Resettlement was a massive challenge for Greece; the incoming refugees settled in in sheds and squats until the first housing projects were completed. Gradually they took over to repair, expand and reshape their dwellings. During the following decades they made a permanent contribution to the rural and urban landscapes they inhabited, a contribution that is still largely understudied. As we celebrate the centennial of these events in 2022 and while the Aegean Sea continues to be a space of crossings, " CROSSING BORDERS " playwriting project raises questions of memory, of displacement and resettlement and aims to encourage new writing around the world.

More in this category: « How Shakespeare’s great escape from the plague changed theatre
back to top